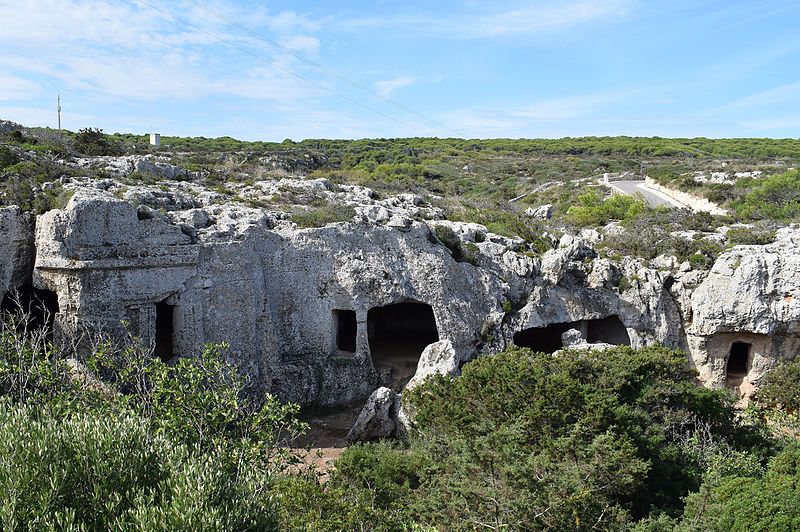 Necropolises were places to bury the dead in pre-Christian cultures or villages. Talayotic Menorca has a very important nucleus in Cales Coves, with more than a hundred burial caves but today we are stopping at the necropolis of Cala Morell, one of the most spectacular in the north of the island.

It is situated in the urbanisation of Cala Morell, on the north coast in the municipality of Ciutadella.  On reaching the urbanisation, turn left towards the beach and leave your vehicle in the designated car park.  There are information panels and access is free throughout the year. 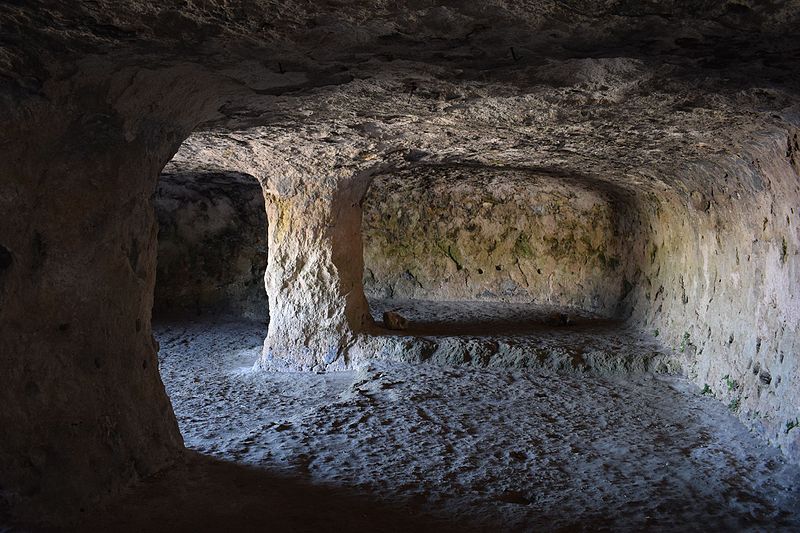 The necropolis includes a group of fourteen numbered artificial caves that were burial sites from the Initial Bronze age to the Roman era (II Century AD).  The oldest caves are numbered 11 and 12 and are small and oval shaped.  The other caves are much larger, some with columns inside imitating the circular houses of the Talayotic era. 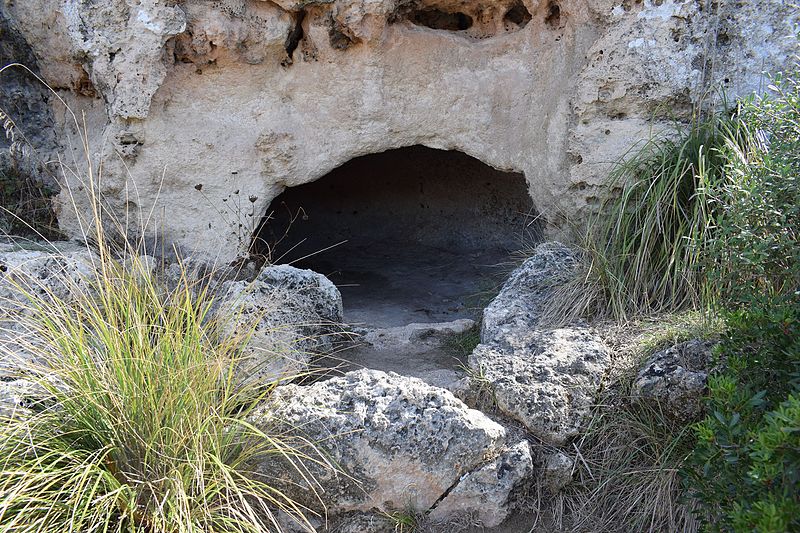 As we can see, some are simply built, others have slopes and columns cut into the rock to mark different areas and some even have small front yards.  The most spectacular cave of all, number 4, has classic architectural motifs on the façade, copying Etruscan cornices and also Punic funeral stelas. 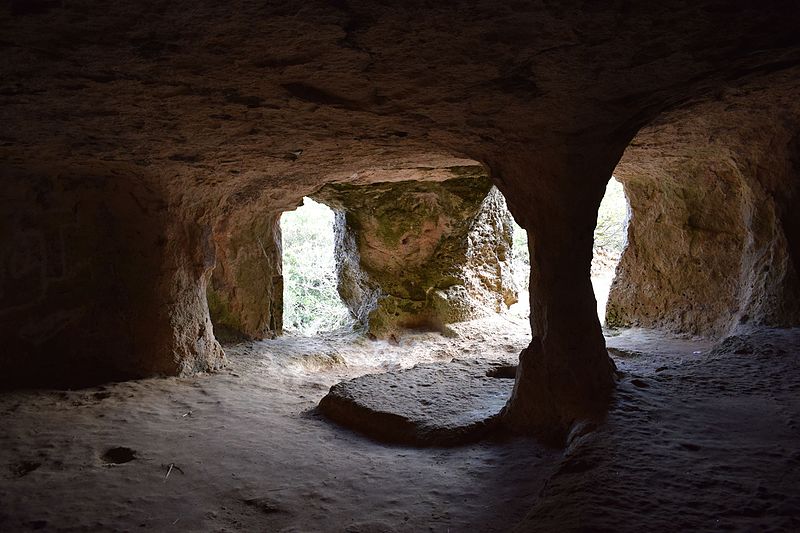 The site has had four archaeological digs in the last few decades, the most recent of them in 2007. 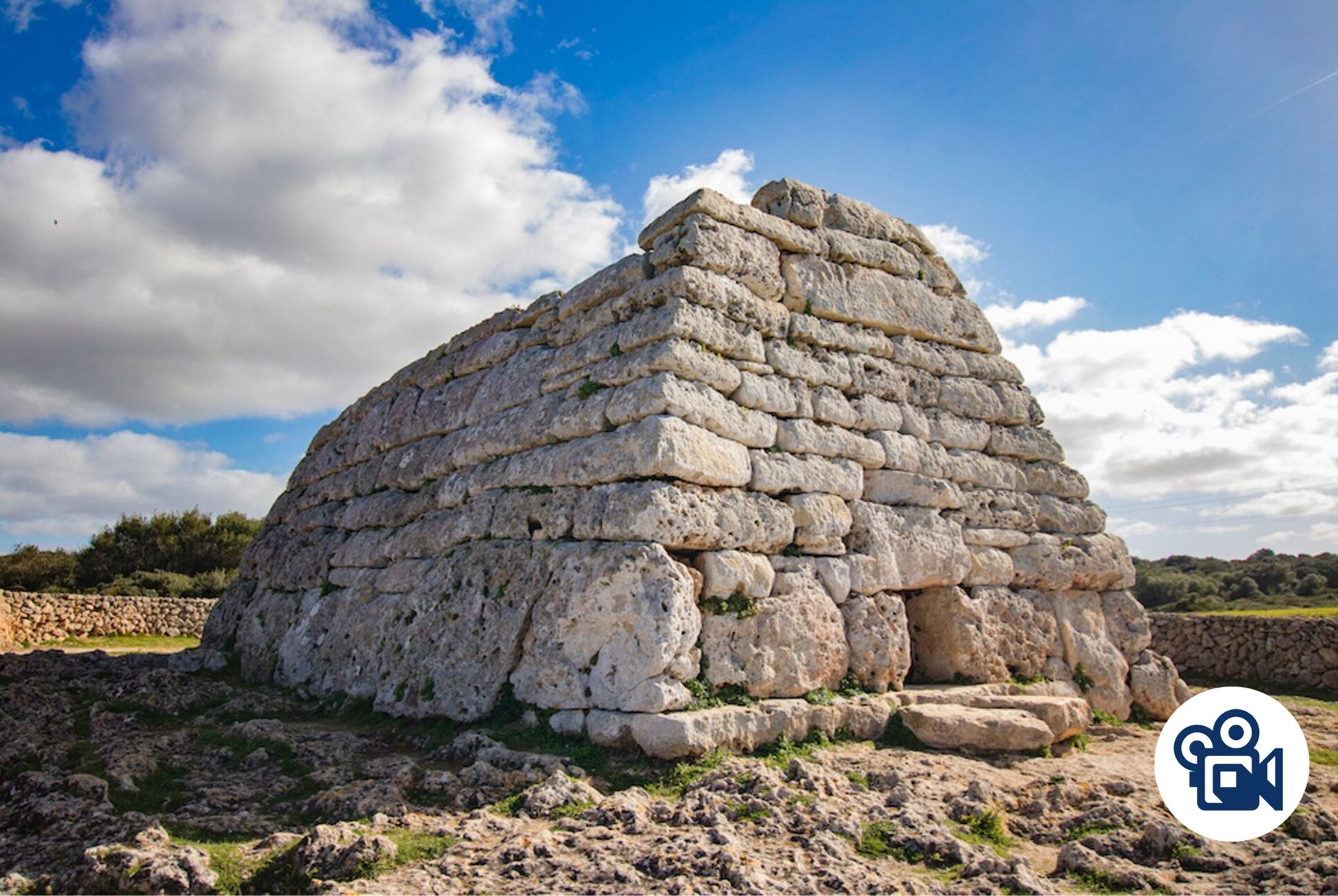 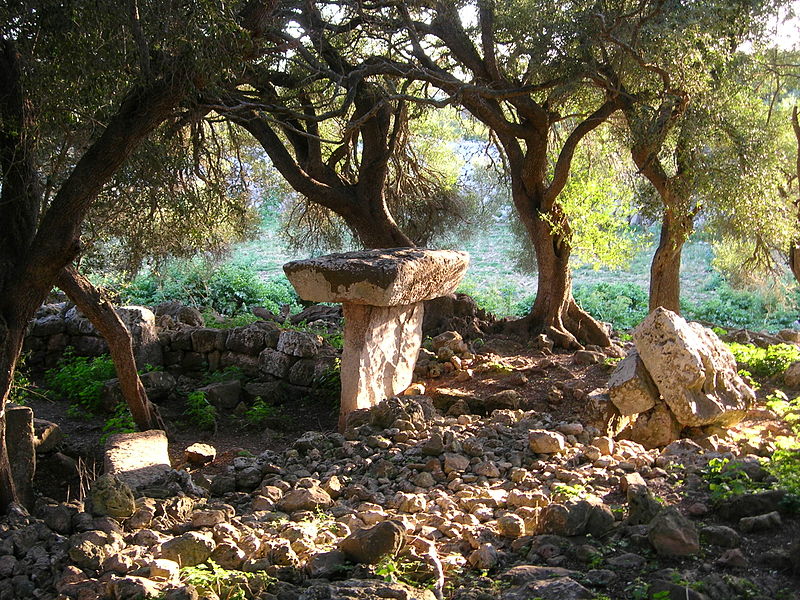 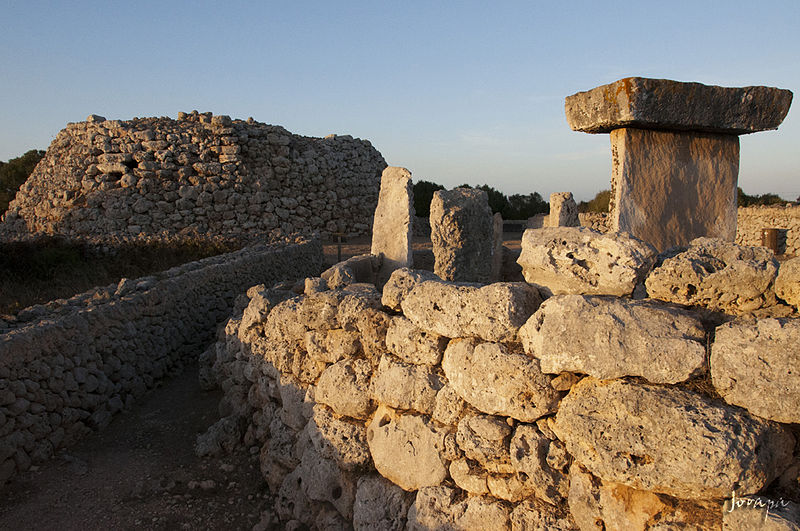 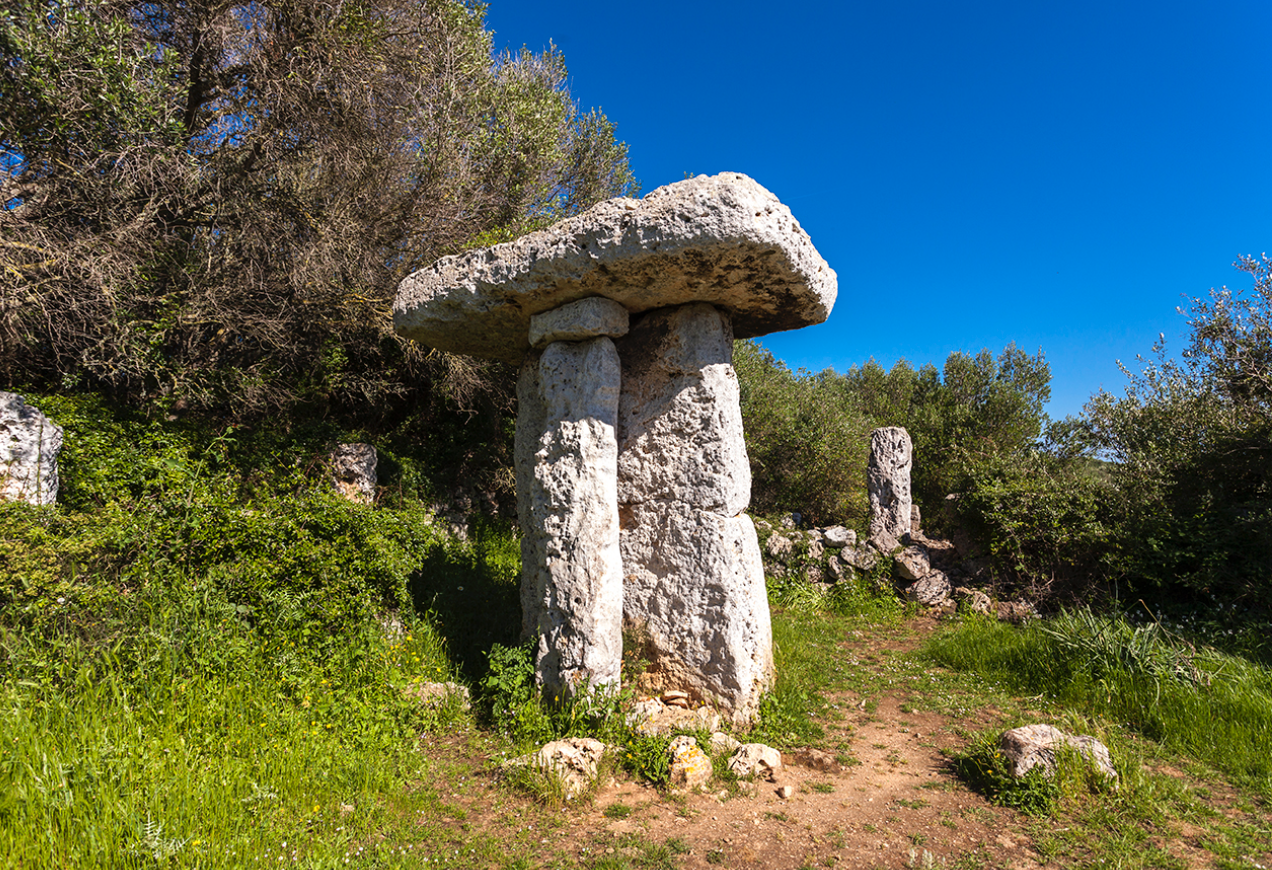